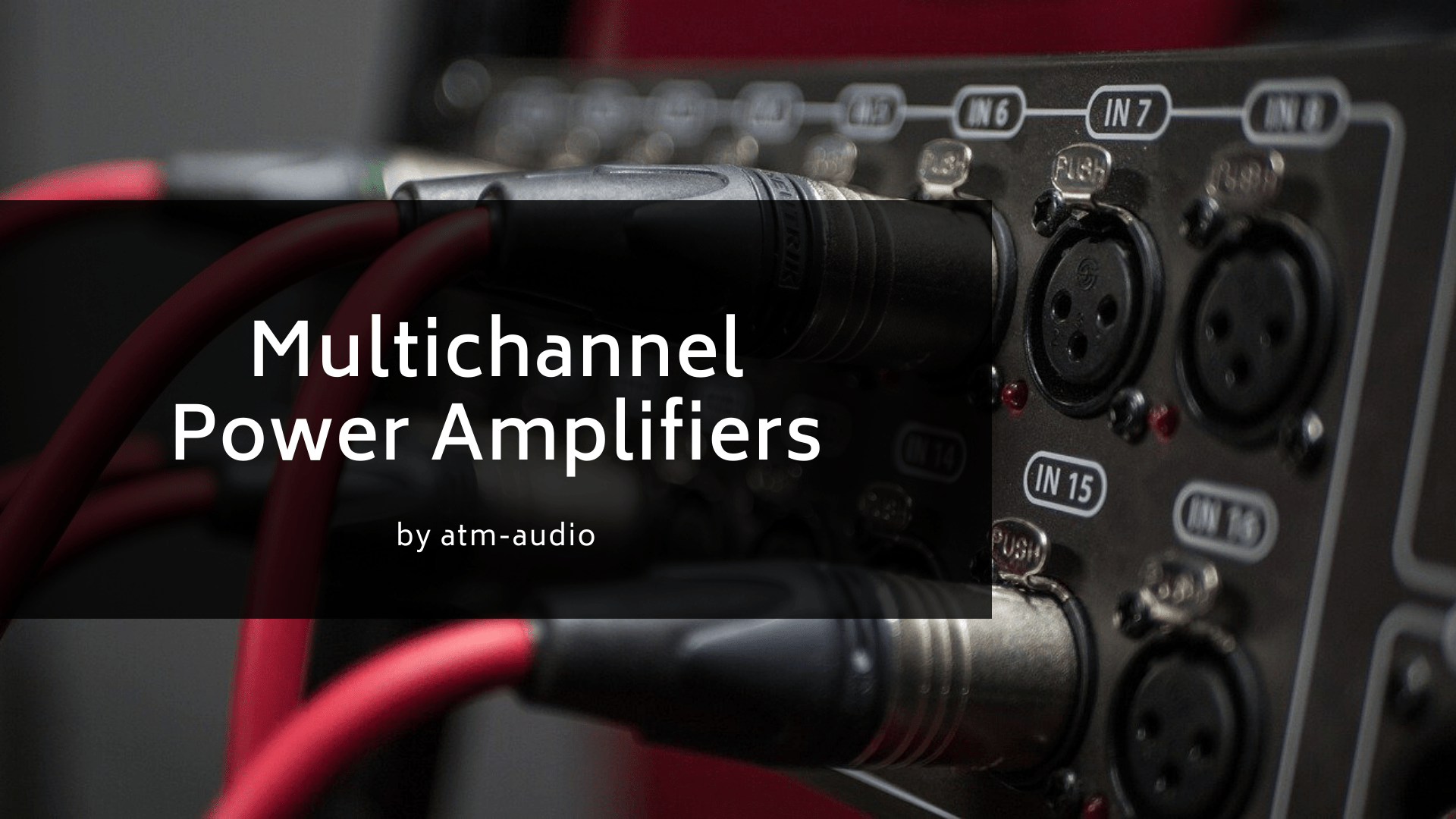 Posted at 10:37h in Custom Works by atm-audio 0 Comments

Multichannel power amplifiers are audio systems capable of handling numerous audio signals. They are mainly used in home cinema to generate a surround sound capable of reproducing a movie theater experience and mood in the domestic environment. The higher surround sound quality, the better this experience will be. For this reason, systems with five or more speakers are usually used to reproduce front sounds, side sounds and rear sounds. All of them powered by multichannel power amplifiers.

Some time ago I had two custom orders of low cost multichannel power amplifiers for domestic rooms equipped with Dolby Atmos, one of nine channels and another of eleven channels.

In the 11-channel amplifier, the client asked me to do the front panel with the purest McIntosh style: with three large VU-meters for the front speaker trio. I used a 17″ and 4U high chassis. In the front panel I installed the mentioned indicators, and two switches: one for the on/off function and one to activate o disable display light. The rear panel included Neutrik XLR balanced inputs connectors and Elecaudio speaker connectors. 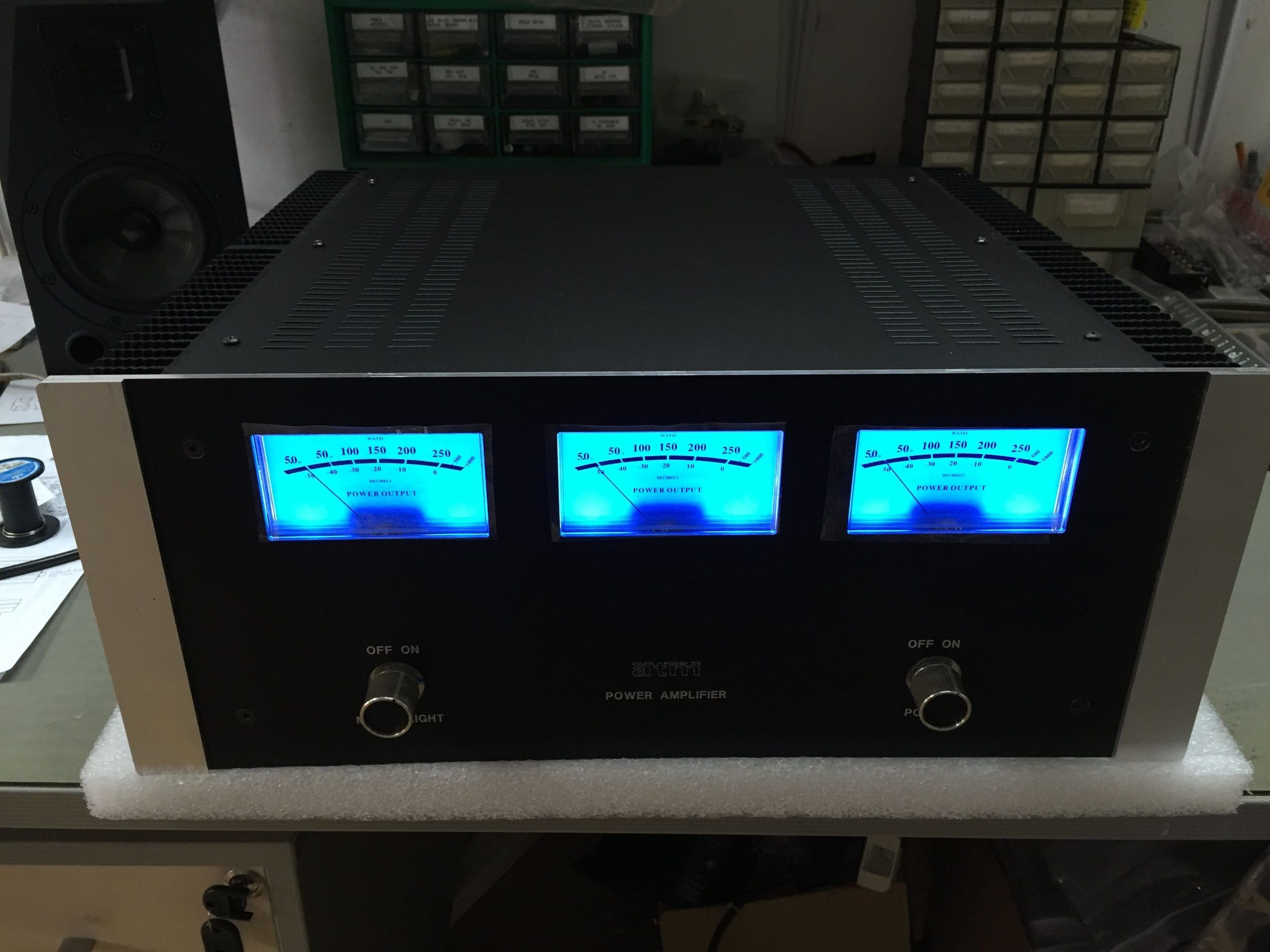 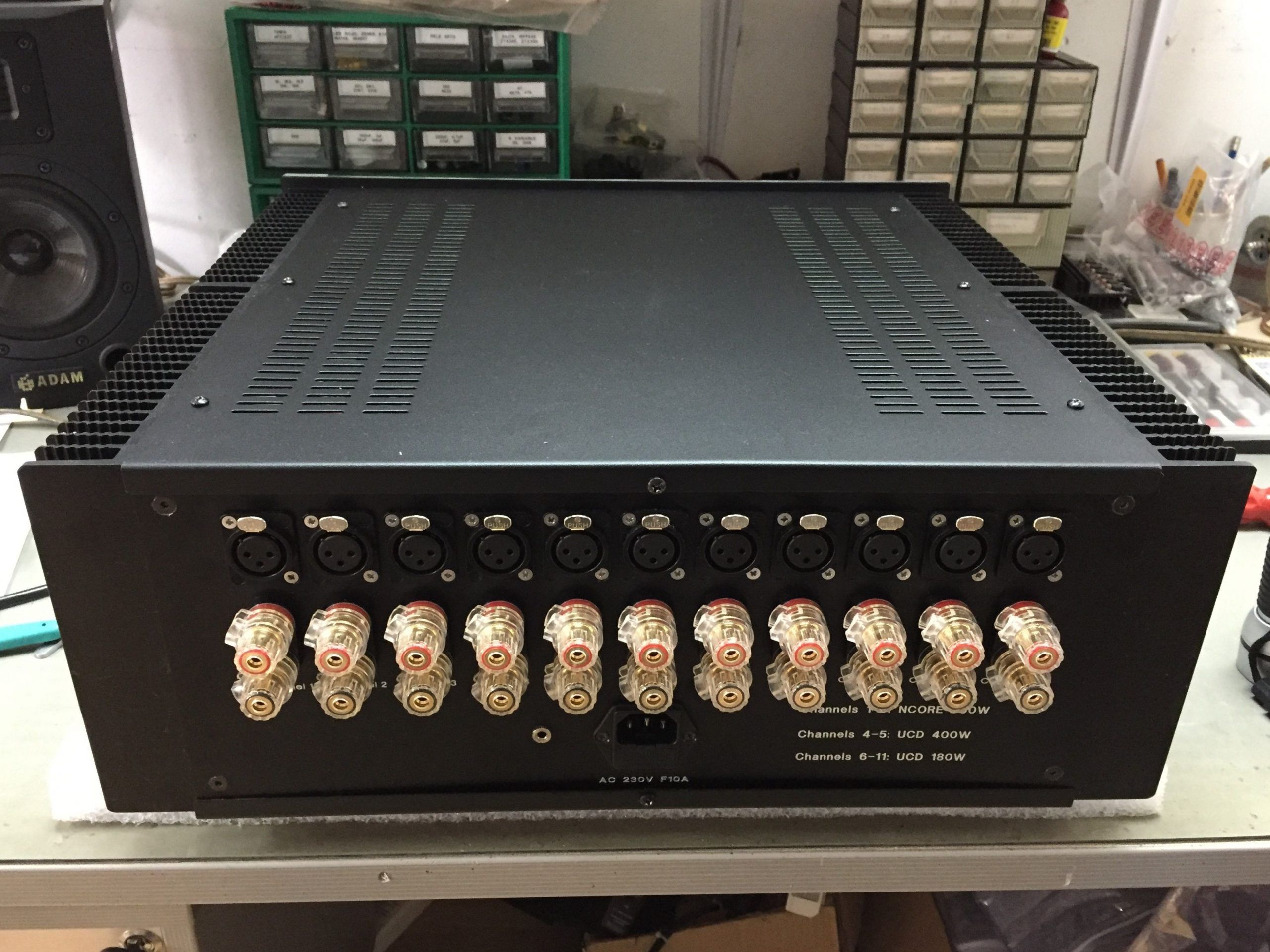 The technology I used for the interior electronics was the Class-D, specifically that of the Dutch manufacturer Hypex. It consists of three NCORE NC500 power modules with our custom input buffer for the front trio, six UCD180HG power modules for the surround channels and two UCD400HG modules for hypothetical booster subwoofers. All modules were powered by two switched-mode power supplies of 1200 W each one. 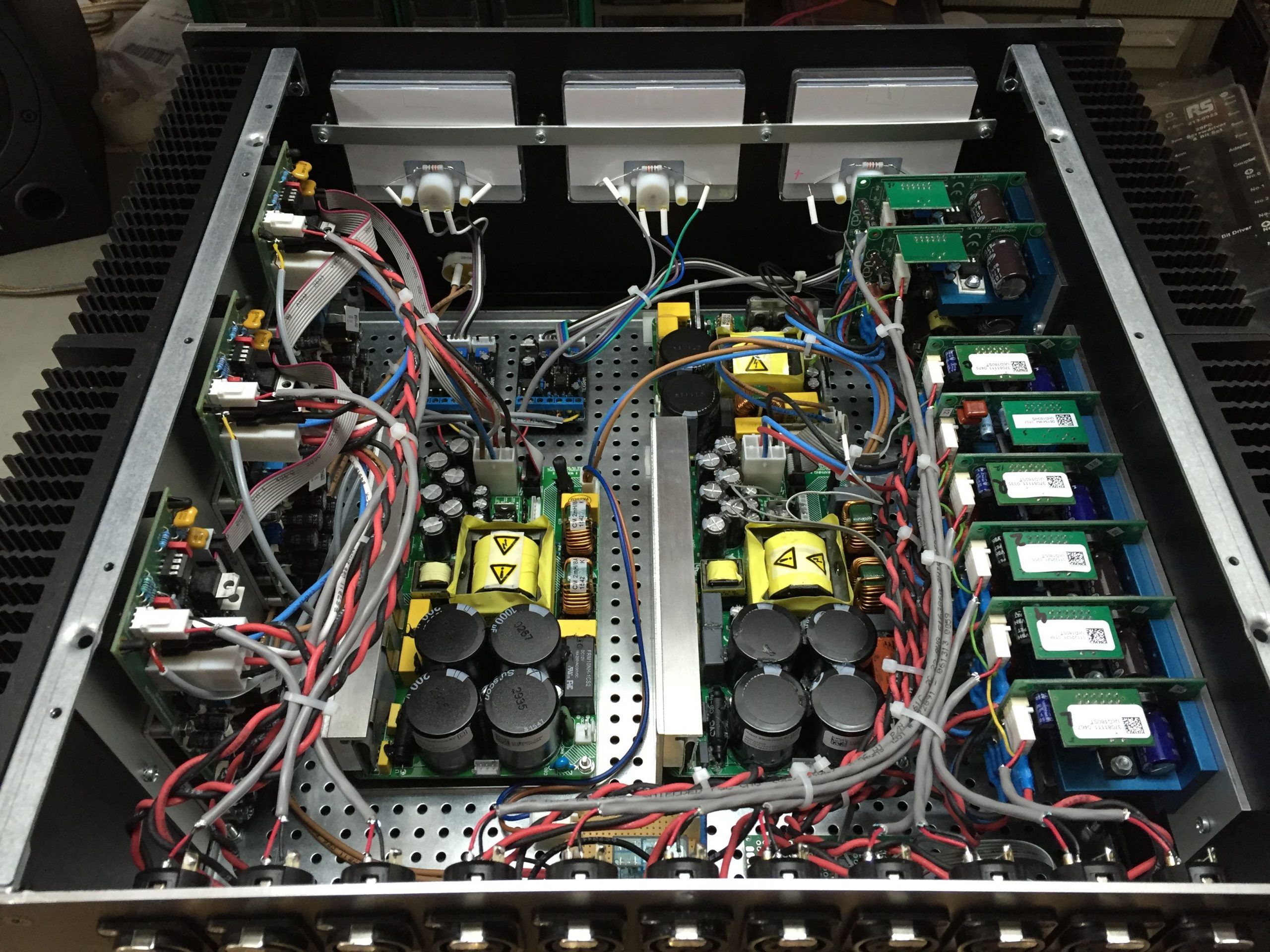 By the other hand, there is the 9-channel power amplifier. In this case I used a 17″ and 2U high chassis. On the front panel there was only the power switch and on the rear panel were the Neutrik XLR balanced input connectors and the Elecaudio speaker connectors. 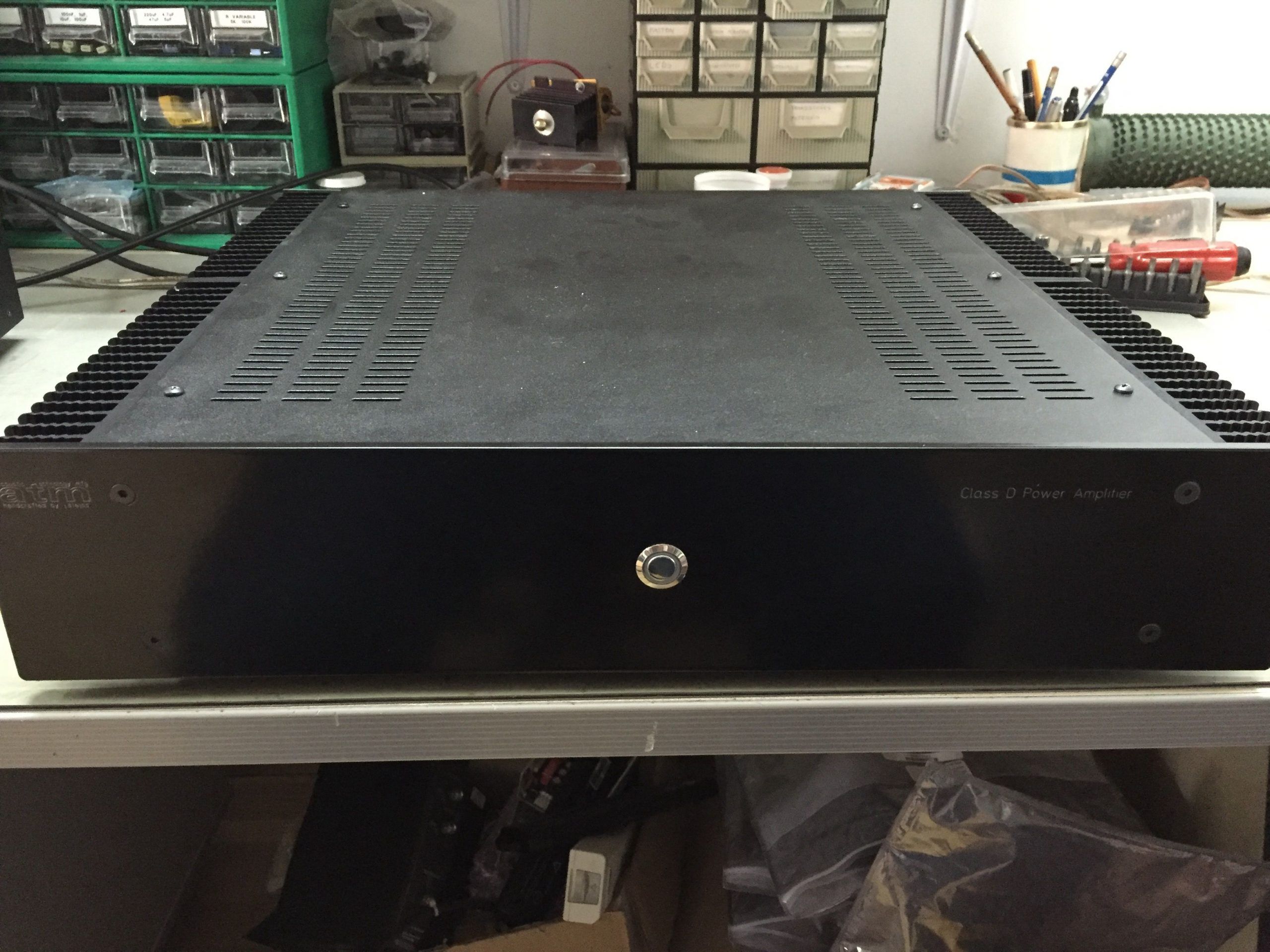 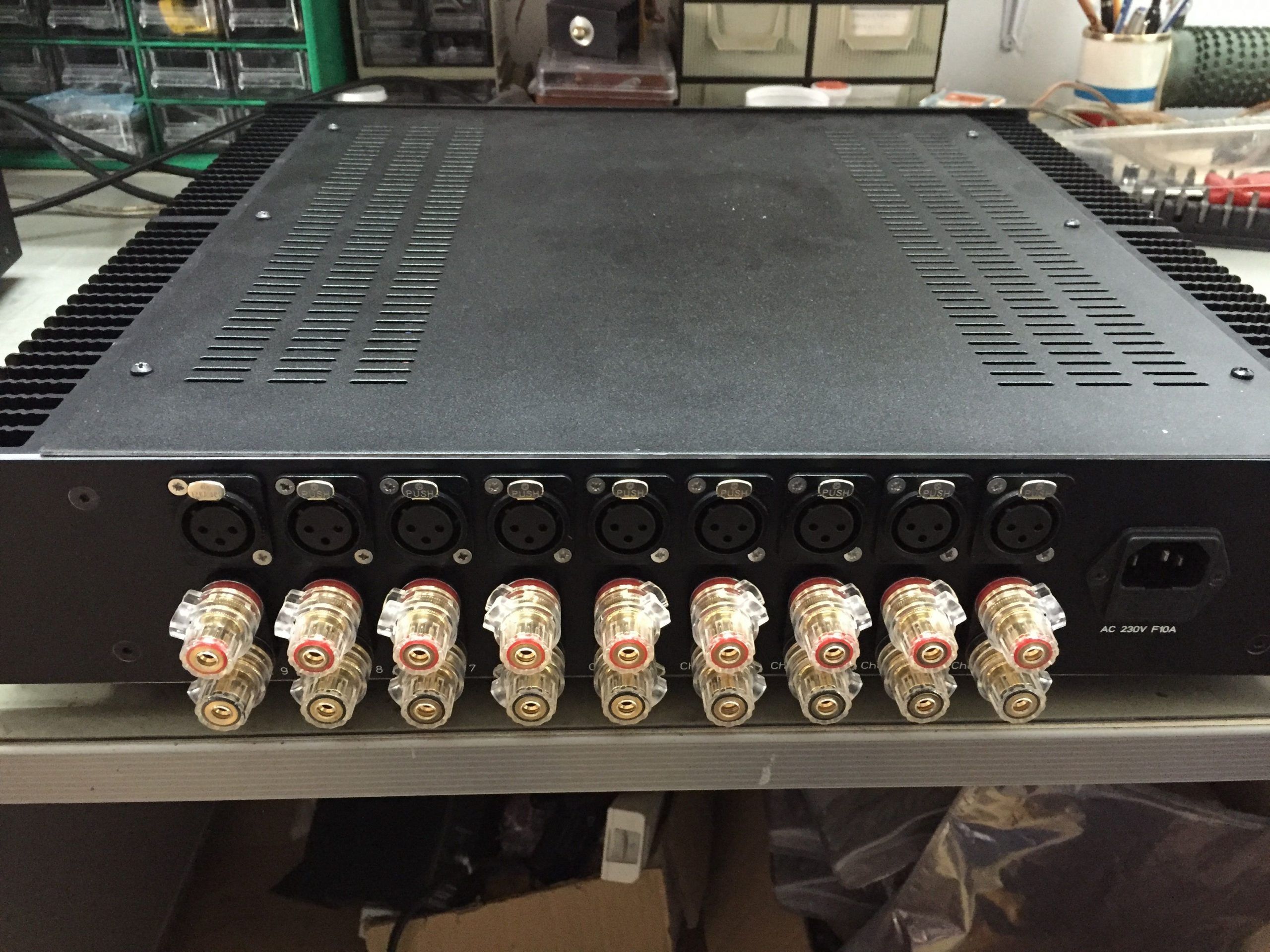 The technology used was the same as the first amplifier, but in this case I used five UCD180HG and four UCD400HG power modules. All system was powered by two switched-mode power supplies of 1200 W each one.