Posted at 00:55h in Preamplifiers by atm-audio 2 Comments

We have developed an input buffer for the Hypex NC500 and 1ET400 Purifi-Audio power modules. This buffer has the particularity that carries a double Korg Nutube triode. This combination produces a great output power and, harmonically, is very similar to a triode SE valve power amplifier.

The Hypex NC500 and Purifi 1ET400 power modules have a very low distortion (less than 0.01% at 10 W), but as with most Class D amplifiers, the second harmonic distortion is so low that they become cold or analytical. There is a theory that says that, at a higher level, lower order harmonics mask listening to higher order harmonics. The idea of ​​this assembly is that the sound of the class D amplifier would be controlled by the Nutube input buffer with its relatively high distortion of low order (mainly second harmonic). The measurements are similar to a valve amplifier and the people who have heard it agree that, in reality, it sounds like a valve amplifier, but that the damping factor and dynamics have greatly improved due to the low impedance of departure from class D. 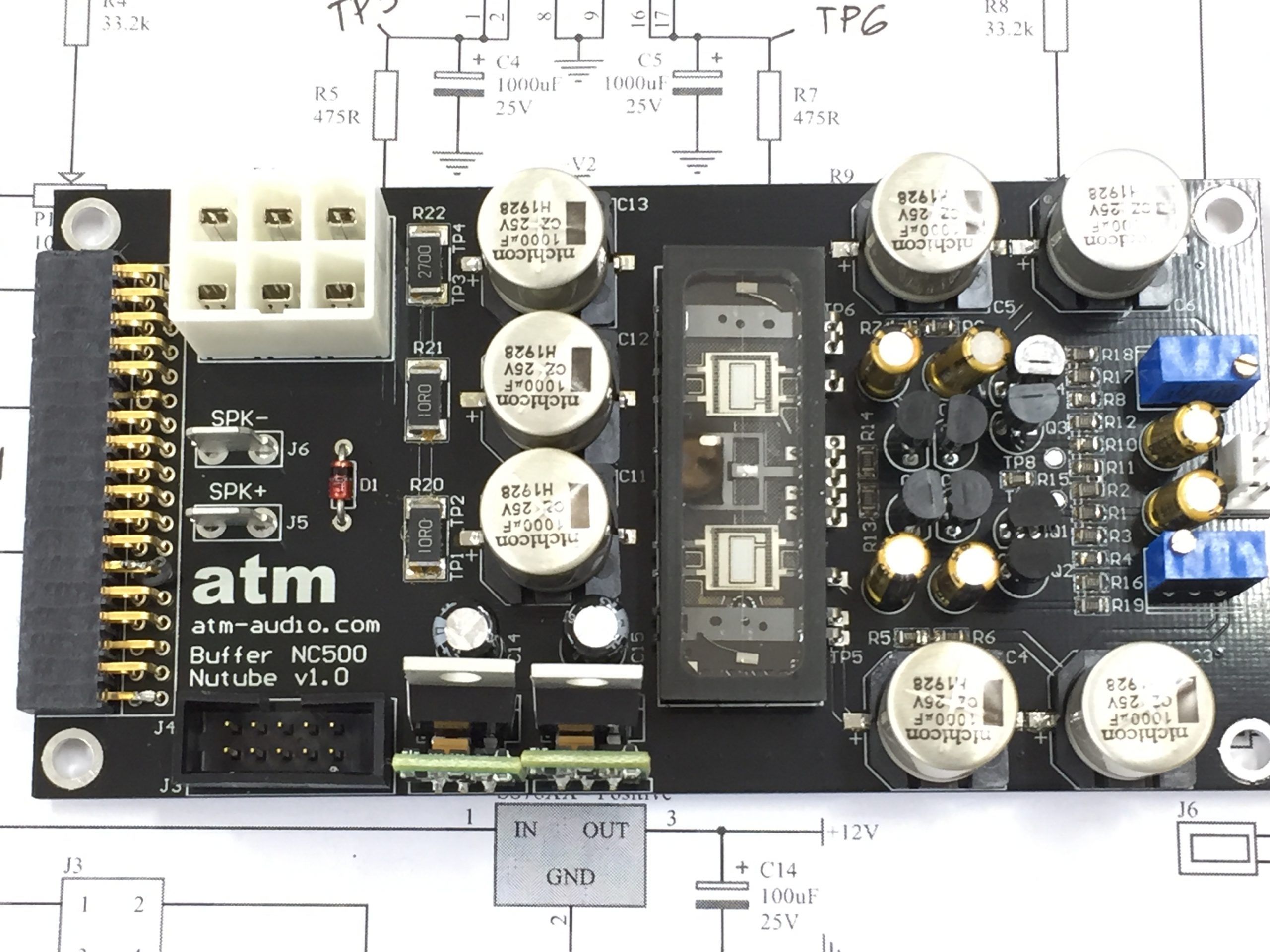 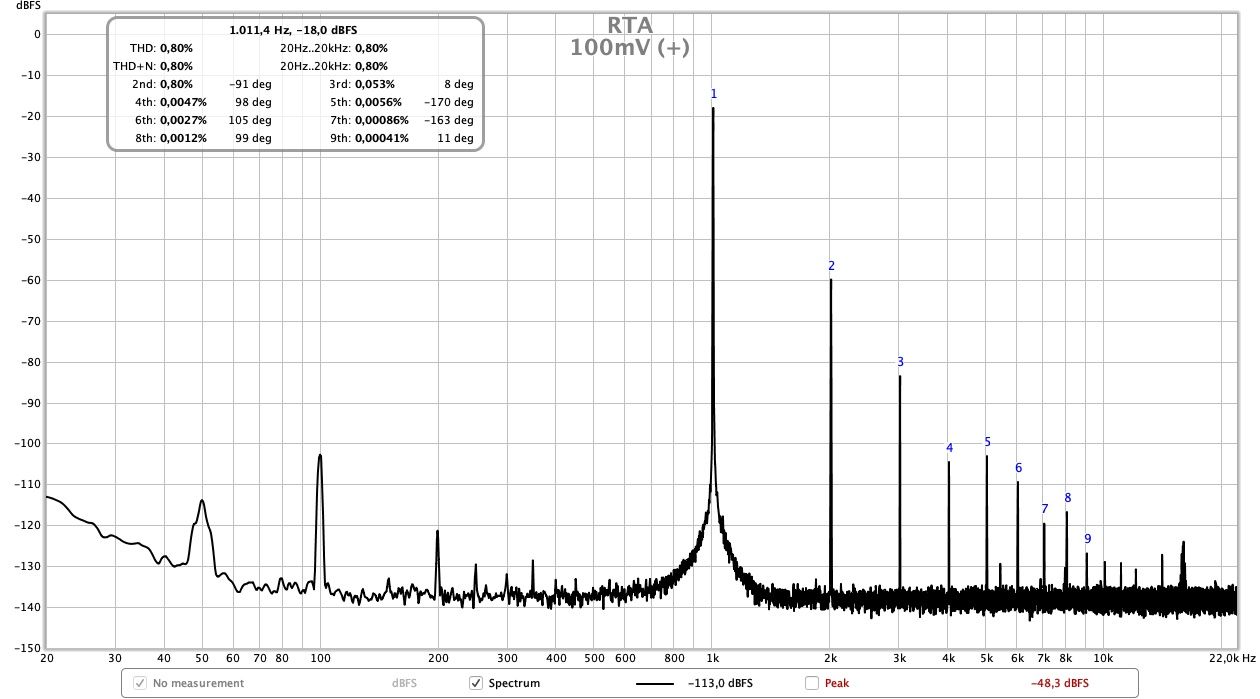 This is the power vs. distortion curve that we have obtained with the Nutube buffer (V1) connected to the Purifi Audio 1ET400 power module. 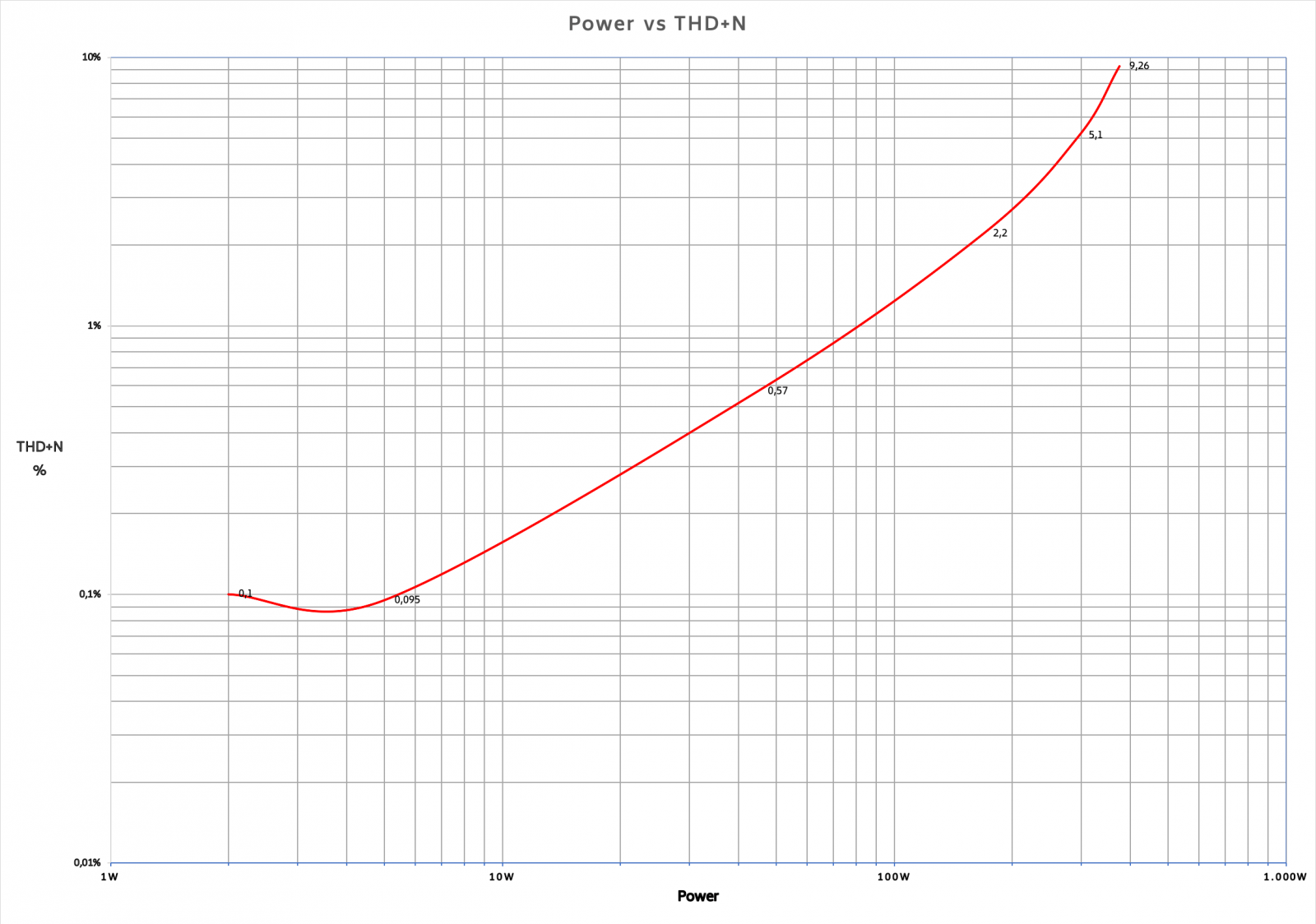 We have recently made a new version of the Nutube buffer (V2). We have replaced JFET transistors and used very low noise instrumentation op amps as impedance adapters. In this way, we have managed to reduce the total harmonic distortion (THD) throughout the power range, especially in the 100-500W range, which is where the V1 buffer rises a lot, keeping it below 1%.

This curve was measured with the Nutube V2 buffer connected to the Hypex NC500 module. 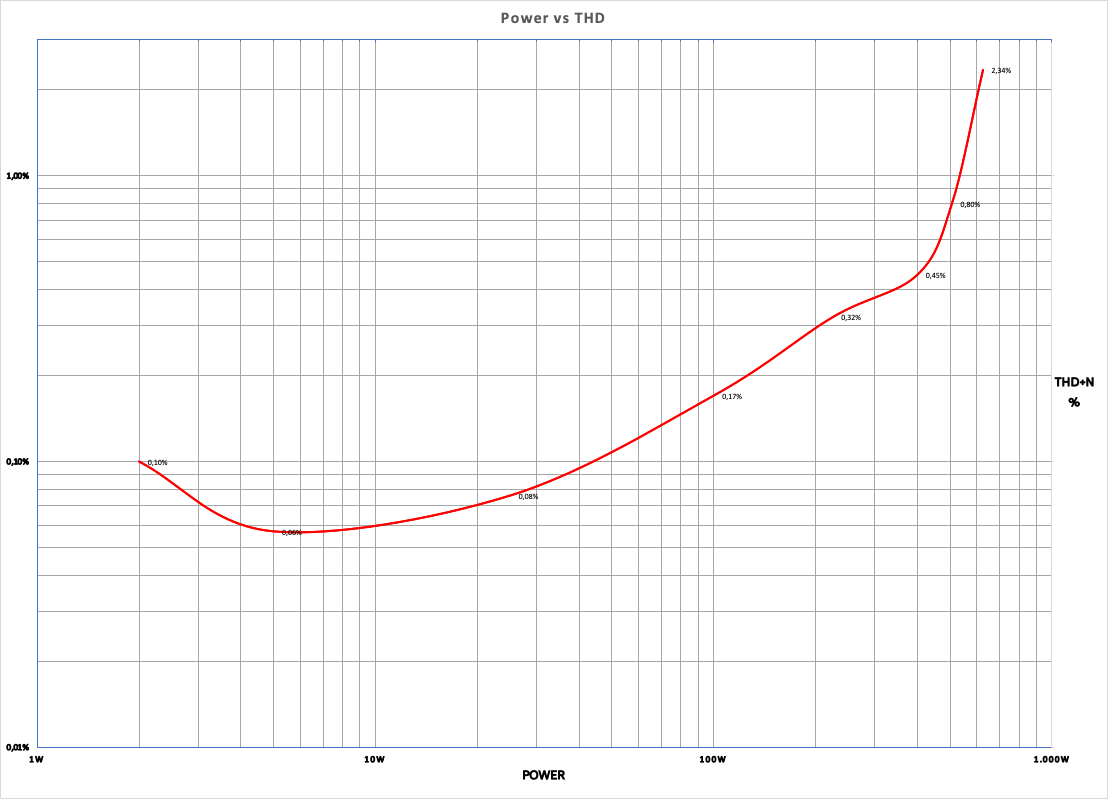