For the implementation of this kit in the power modules, minimal technical knowledge in electronics is required.

This buffer is based on the double Nutube triode from the Japanese manufacturer Korg. The circuit is valid for Class D power modules, models NC500 from manufacturer Hypex and, specially, 1ET400 from manufacturer Purifi Audio. They both use the same expansion connector and are fully compatible. See the datasheet for more information.

This buffer works fully in differential mode, so the input has to be balanced with an XLR connector (or TRS). With the balanced audio input, we provide an appropriate output signal to attack the balanced input of the power module. In the case of using an unbalanced audio signal (with RCA connection), we will have a loss of gain of 6dB, which is equivalent to four times less output power.

The circuit is made with the best medical grade and audiophile grade electronic components. The resistors are made of metallic film with a 0.1% tolerance. Electrolytic capacitors are Nichicon special for audio. Sparkoslabs very low noise voltage regulators have been used. The two variable resistors at the top of the pcb adjust the maximum distortion value and the two variable resistors located at the bottom adjust the output signal in differential mode. These resistors are factory adjusted to the optimum value so that the power module works in the best conditions. It is not advisable to touch these resistors to avoid a malfunction of the circuit. Only if laboratory instruments are available could they be minimally varied until the desired function is achieved.

The circuit is adjusted so that with, an input sensitivity of 775mV (balanced), an output power of 200W RMS at 4Ω (50W RMS at 4Ω unbalanced RCA). Higher output powers can be achieved by increasing the input signal, but the distortion will rise exponentially.

The PCB measures 125 x 63mm and has several connectors.

Connections are made as follows:

The SMPS1200/Ax00 J4 connector has the following wiring:

The SMPS1200/Ax00 J1 connector has the following wiring:

The kit consists of the following material:

The rest of the connectors and cables are usually included in the power modules. They can be obtained individually on the Hypex or Purifi website: 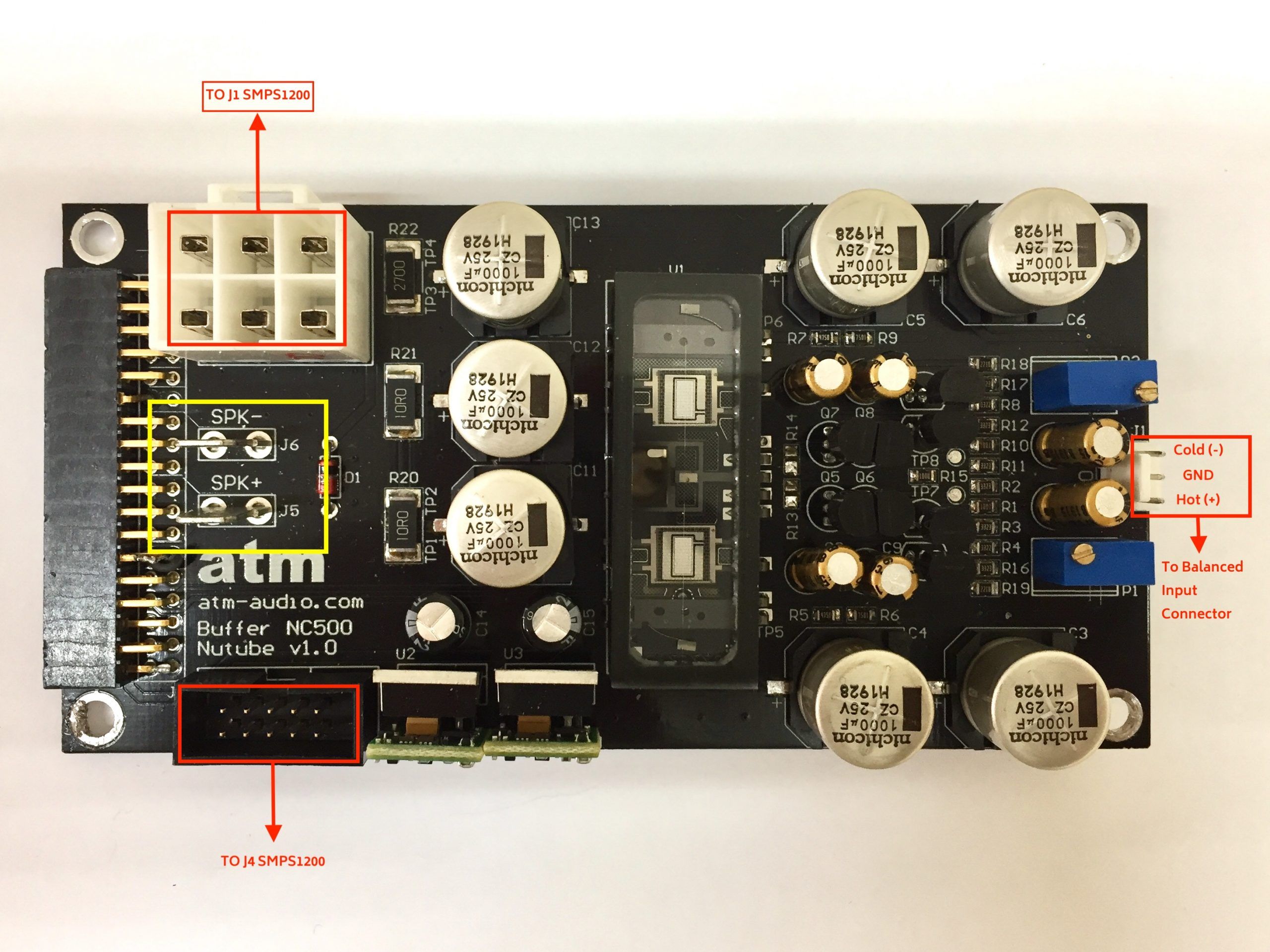